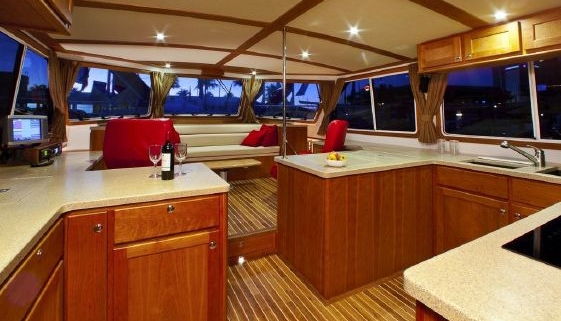 I. Cats, lots of Cats

I’ve been on the road for much of the last six weeks, and I expect you’ll find the story interesting. The reason: One third of the charter catamarans in the Caribbean were destroyed by Hurricane Irma. That was over 350 cats! 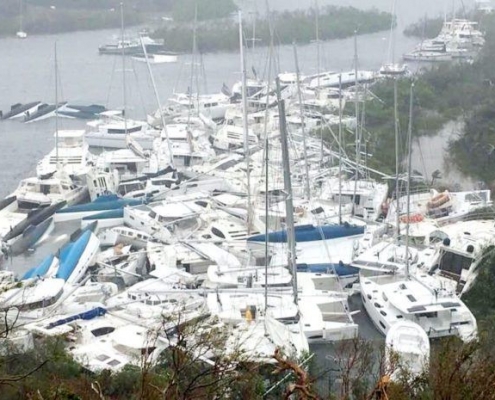 Tornado’s spun off near the eye of the Hurricane reached an unimaginable 256 MPH, enough to lift a 65’ power cat off the water, flip it over, and deposit it onshore: 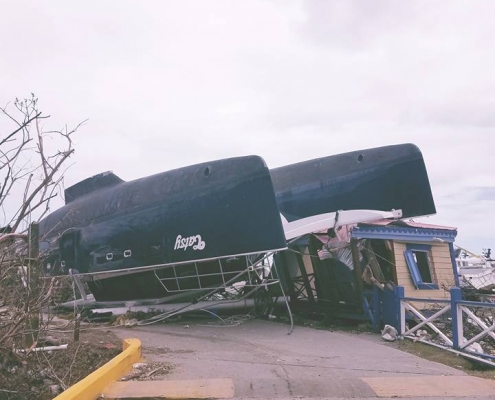 No one ever thought that was possible. All in all, it is an extremely humbling exposure to nature’s forces.

For the charter biz, rebuilding is a major challenge. Existing multihull factories in South Africa, France and elsewhere in Europe are running at maximum capacity to try and replace these boats, but they don’t have the facilities and staff to keep up. Under current conditions, it will take no less than three years to restore these fleets. So I’ve been flying about, connecting existing builders and charter boat companies with under-utilized factories in China and Turkey that can take up the slack.

The surprising news is that a big percentage of the re-build will not be sailing cats. Power cats are the future of the Caribbean charter trade. Over the last five years, more and more power cats have entered service. Vacationers increasingly find them ideal for their intended uses. The hurricane has greatly accelerated this trend, and in five years the best guess is that power cats will approach 50% of the entire fleet.

So, as you might imagine, I’ve been learning a lot about these felines. They are fascinating creatures, from design and engineering perspectives.  Of course, for fans of The Fog Warning and the yachts I cover, most will find them rather unattractive. To be fair to their designers and builders, it’s not for lack of trying. It’s just that very hard to build a high-volume power cat that has sufficient bridge deck clearance (measured from under the main salon sole down to the waterline) to prevent pounding and slamming, yet avoid appearing tall and boxy. Here’s some examples of the latter: 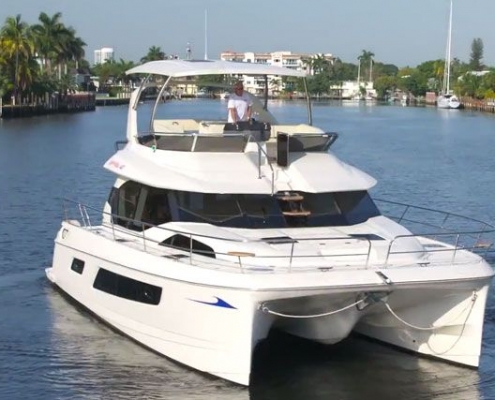 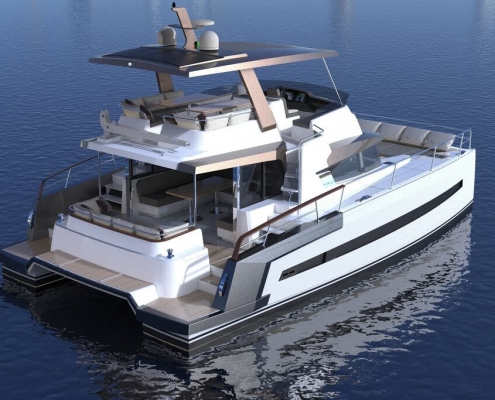 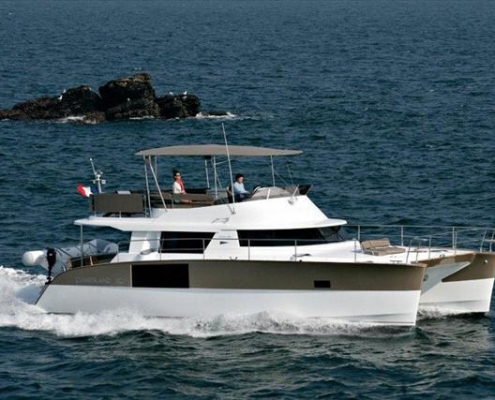 In time, if the market demands it, designers will come up with sexier approaches. My own highly subjective take on this is that one builder has already accomplished this, with what I see as a downeast style 47′ yacht (!) made by Maine Cat: 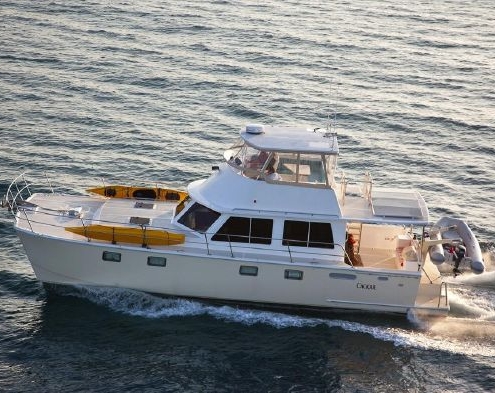 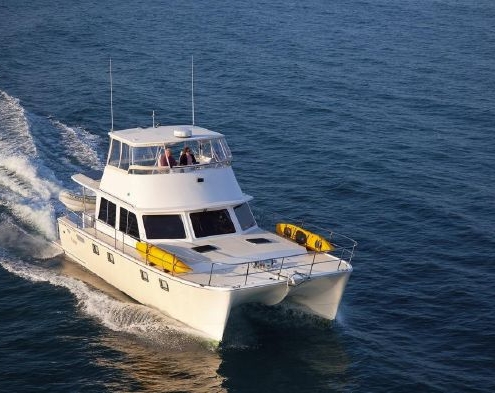 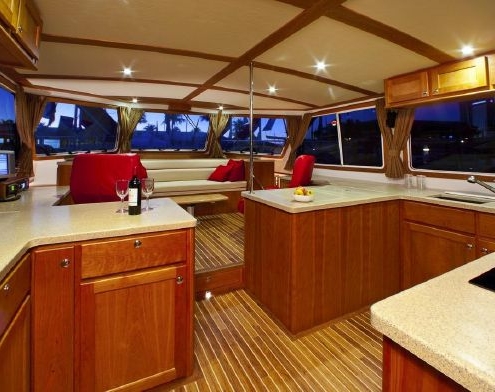 On the other hand, what do I know? Less than the marketplace, apparently, as only four of these have sold. I’m very curious what my readers think. This one is on the market, in Fort Lauderdale, for $579k. I haven’t sea trialed her yet, but if you’d like to see her, I’d love to show her to you. Just launch a flare.

II. V is for Visibilty

Long time readers know that one of my big answers to the question WMABGAW (What makes a boat great, and why), is visibility. Simply stated, can you see what you need to see, to operate safely in all conditions?   Providing that kind of visibility requires intelligently designed trim angle (both when coming up on plane, and staying there), ergonomic helm placement, and a proper salon layout. You can read one of my earlier discussion about trim angle if you scroll through the Reliant Yachts category, and you’ll find more related content under my Vicem blog.

What I’ve seen on my expeditions is that on the whole, power cats don’t do visibility well. The boats are so wide (with a beam equal to 50% of length, and even more) that flybridge helms (and even most interior helms) are blind to the boat/dock connect point.That’s asking for trouble, in my book. The Maine Cat solves this problem with a cockpit docking station: 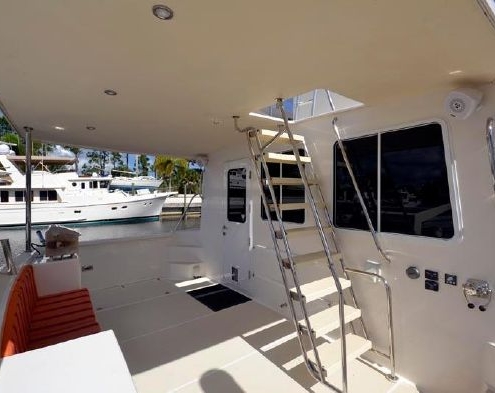 They are not cheap to engineer and build, but I urge anyone considering a power cat to demand one. Your dock, your neighbors, and your insurance company will all thank you!

As for a bit more on trim angles, take a look at this new and additional (exterior views only) drone footage I just got on Baron, my Vicem 72 listing. It shows, IMHO, how all boats should come up on plane. Most don’t. You’ll see how the entire hull just rises up on the same plane. There is none of this pitched bow/squatting stern/strain-to-come-out-of the-hole kind of operation. In a quiet and fuel efficient way, she just elevates and goes. The bow never obstructs your vision, allowing nearby boats, kayaks and jet skis to all live in peace and joy.

Pretty cool, hug? I find it interesting how drones have fundamentally changed marine photography. Back in the day, around 2007 or so, I had to arrange a bunch of helicopter bookings to get these sort of views. They cost upwards of $10,000 each, and the truth is I never felt fully safe doing them. At one point, running a Vicem 67 from the flybridge, the helicopters’s blades were spinning below me, less than boat length away. I was …. uneasy. But the shots are great, and you can read that review, and see those pix, here: 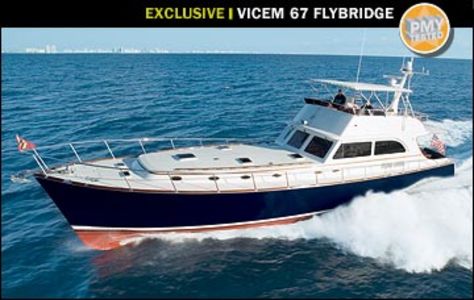 Of course, this brings me to Mahogany Rose, the sistership to the Vicem 67 in that review. She is in Charleston, awaiting your viewing. Call me, baby…. 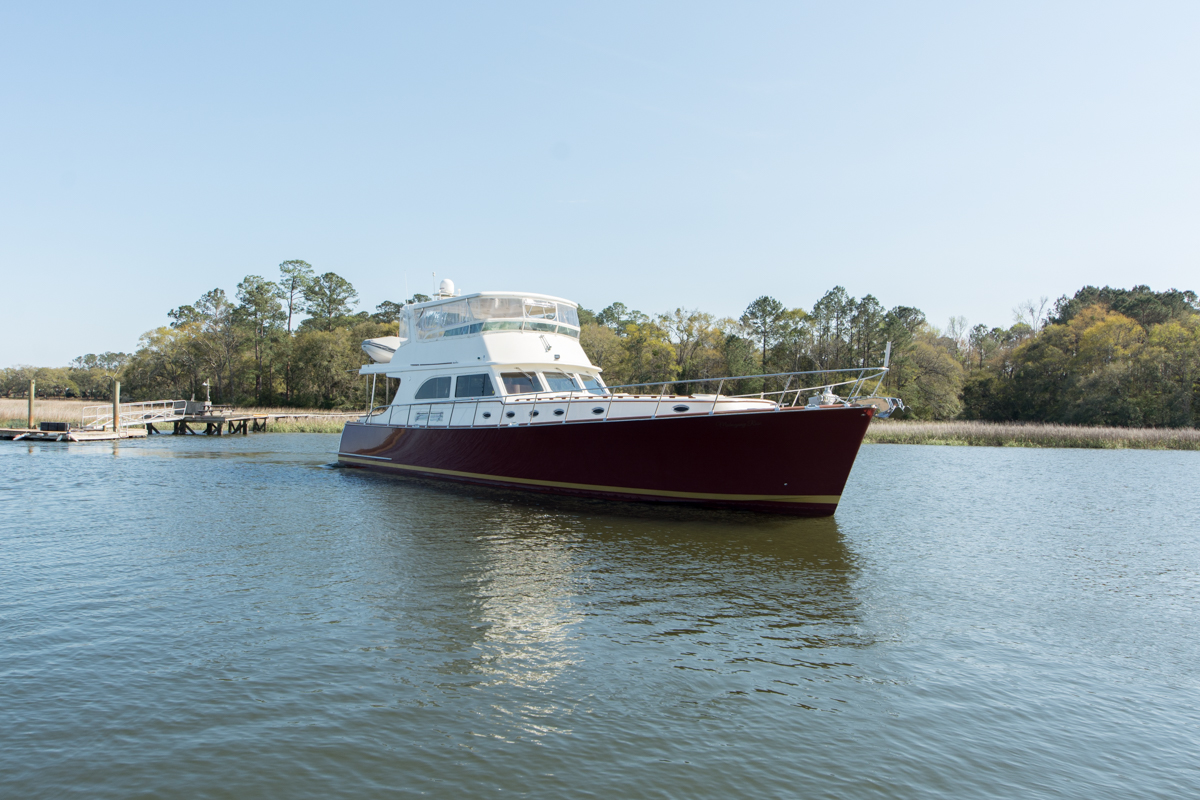 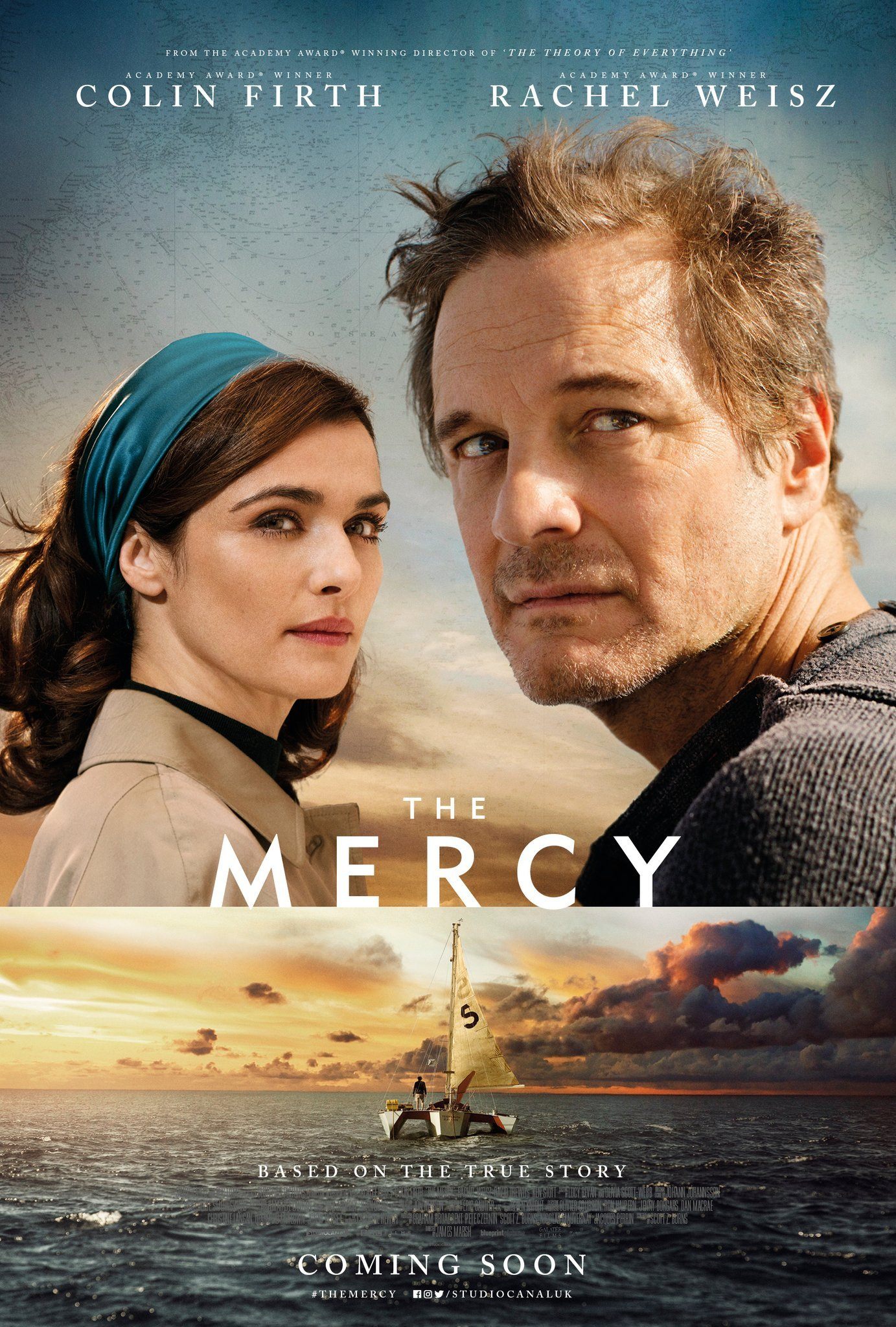 I’m very excited about the coming release of  The Mercy, a film about Donald Crowhurst’s sad 1968 attempt to win the first single-handed race around the world. As most of you already know, he competed in a badly designed and built trimaran called the Teignmouth Electron. When it began to break up off the coast of Brazil, he decided to drift around the South Atlantic for six months, radioing false reports back to race organizers that showed him in the lead.

His plan was to jump back in the race as his competitors came back around the Cape, and to then claim the prize money as the first back to England.  In the end he couldn’t live with his deceptions, and he chose to simply walk off the back of his boat, leaving a widow and three small children. Today, reading the diaries he left behind,  we would recognize him as suffering from an untreated bi-polar condition. It is a sad story, certainly. But also an essentially human one. Here’s the trailer:

I have been obsessed with this story since I followed that race as a ten year old sailor. Obsessed to the point that a few years ago, when I heard that the Teignmouth Electron had eventually washed up somewhere on Cayman Brac, I decided I had to see her with my own eyes. Using Google Earth, I was able to find what looked like a wrecked trimaran up in the dunes: 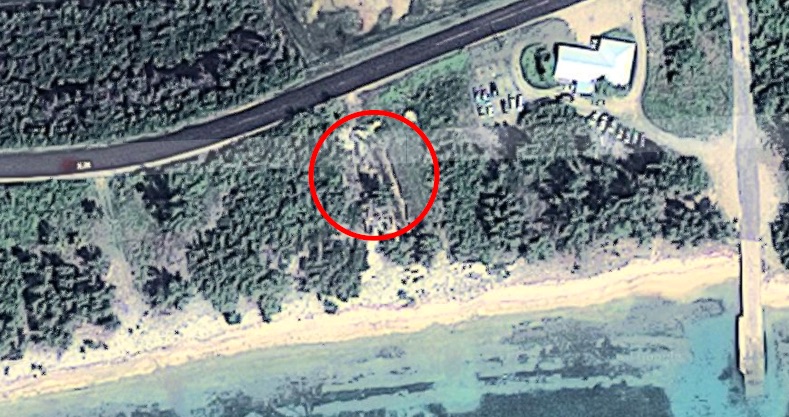 And off I went on my Crowhurst  pilgrimage. It wasn’t hard to find what was left of her after almost fifty years: 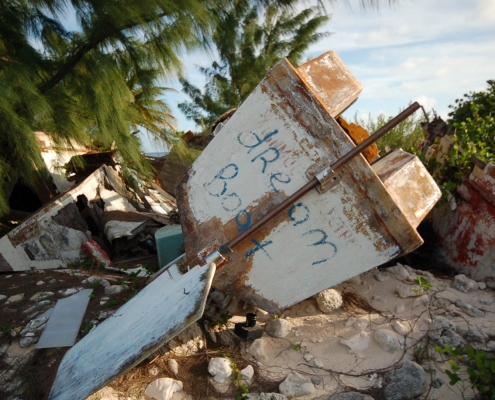 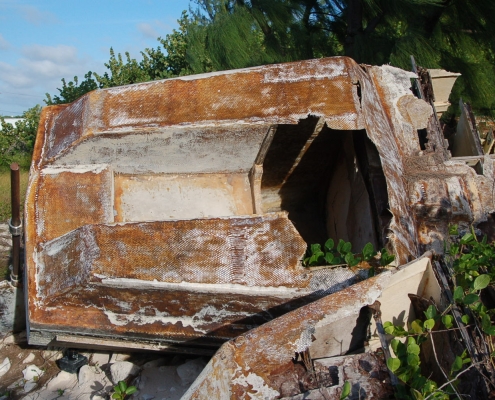 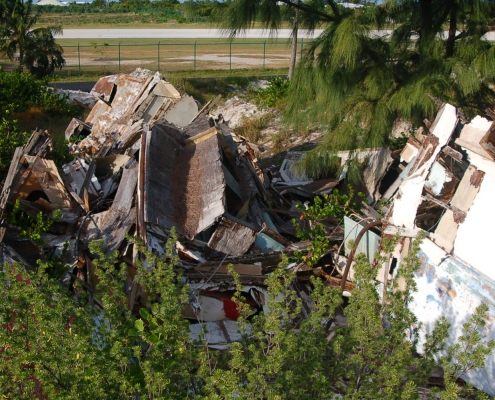 I don’t know if she is still there, given the recent hurricanes. But if you would like to make a pilgrimage of your own, I’ll send you the old coordinates. The diving and bone fishing in Brac is extraordinary, by the way.

In my last posting on The Fog Warning I talked about how the average time to sell a yacht has reached 13 months, in an otherwise strong economy.  Something ain’t right. I’d like to talk about that a bit more here, starting with a story from Monaco.

I was working the Monaco Boat Show on September 15, 2008. You may remember that as the day Lehman Brothers collapsed. There was a hint of panic on the docks.  I remember seeing an agitated American on the docks, screaming into his cellphone “Treasuries, move everything into treasuries, right now!”

That night I went out with a bunch of my fellow brokers for a gloomy night of drinking. One of them asked “How long do you think it will take the boat market to come back?”

The first answer to be heard was “Never.”

The general consensus was three or four years.

Sometimes (not often enough) I’m right. Here’s a chart for you, showing that finally, after ten years, we have just returned to 2008 levels. 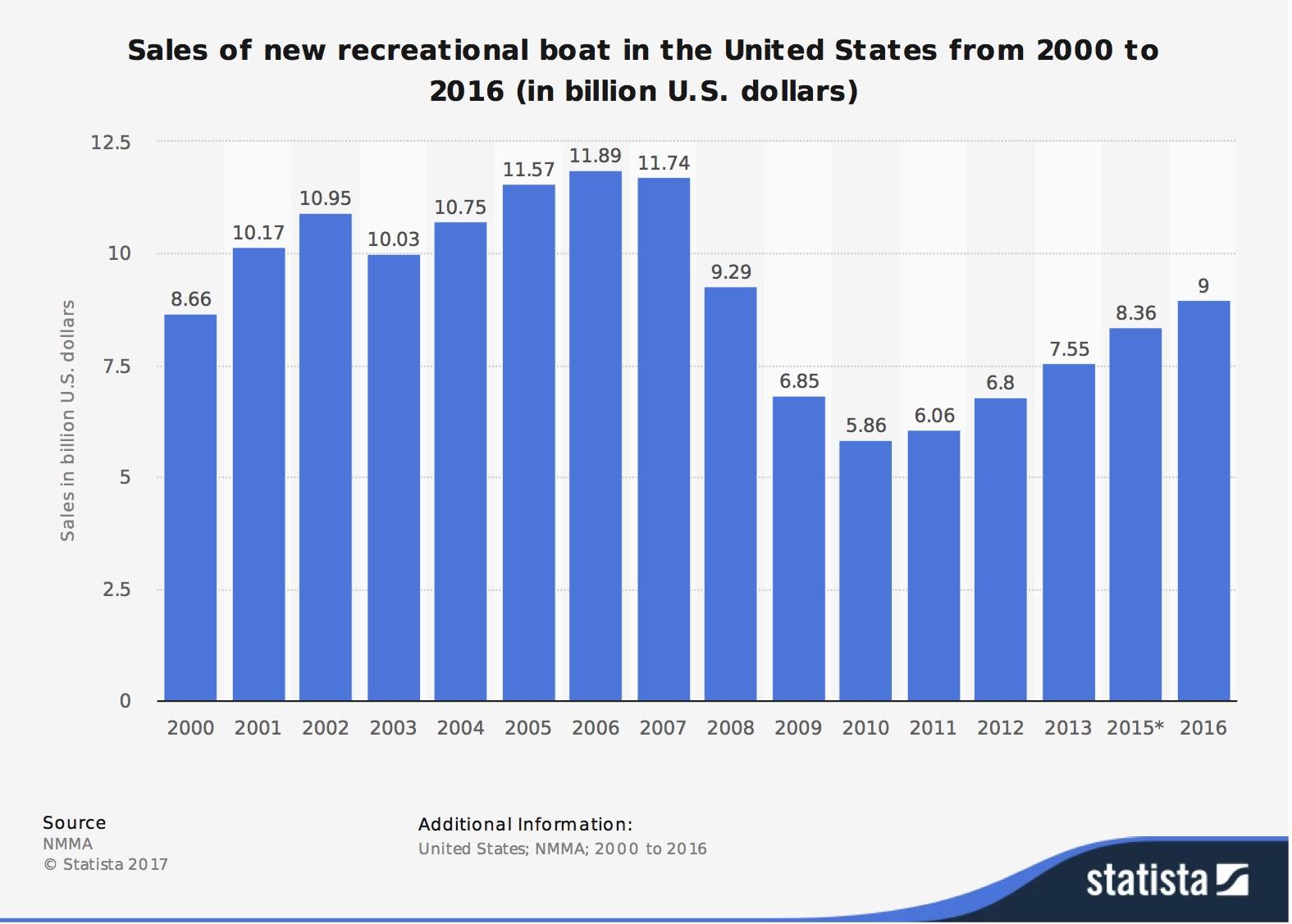 But why then is it taking longer than ever for brokerage boats to sell?

My answer is three fold:

As you all know, The Fog Warning devotes itself to analyzing and delivering that kind of information. So if your yacht is currently for sale with another broker – a relationship you’d like to keep – I can add a strong Fog Warning boost to their efforts. And I can do so usually at no additional cost to you. If you are curious about the why and how, please contact me off line.

And the same applies if you are looking to buy a high-end brokerage yacht. I can help you find your yacht, saving you real net dollars in the process, again at no charge.

It’s a new way of doing business, coming at just the right time. If you’d like to ride that wave, just launch a flare.

As always, I look forward to hearing from you. And thanks for listening. 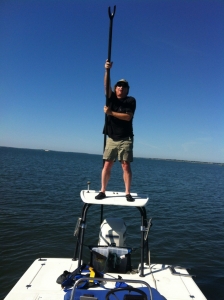 No Room at the Inn!
Scroll to top